This blog is dedicated to everyone who loves Anna Kendrick. It will feature all her career events, photoshoots, magazine covers, interviews, YouTube videos and more. This blog will be updated daily with new content and features, so please revisit.

Anna Kendrick (born August 9, 1985) is an American actress and singer. She began her career as a child actor in theater productions. Her first prominent role was in the 1998 Broadway musical High Society, which earned her a Tony Award nomination for Best Featured Actress in a Musical. She made her film debut in the musical comedy Camp (2003).

Kendrick rose to prominence for her supporting role in The Twilight Saga (2008–12), the film franchise based on Stephenie Meyer’s book series. She received an Academy Award nomination for Best Supporting Actress for her performance in Up in the Air (2009).

Kendrick has also featured in the comedy-drama 50/50 (2011), the crime-drama End of Watch (2012), the musical-fantasy Into the Woods (2014), and the adult comedy Mike and Dave Need Wedding Dates (2016). She achieved further fame for playing the protagonist in the 2012 musical comedy Pitch Perfect and the 2015 sequel, Pitch Perfect 2.

In 2016, Kendrick published her memoir, Scrappy Little Nobody. 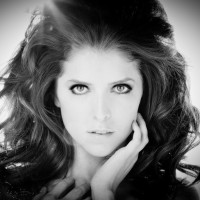